Before the temps get cooler across much of the country, make the most of the dog days with a visit to one of these lush, green parks in the heart of your favorite city.

Aside from the gorgeous views of the iconic Golden Gate Bridge that you’ll enjoy from this Bay Area favorite, the park is home to a golf course, carousel, flower conservatory, Japanese Tea Garden, and even a windmill! The Music Concourse, situated in between de Young Museum and the California Academy of Sciences, is an ideal place to take in a free concert on a beautiful day.

A relatively new addition to the city, on the edge of the North End neighborhood, the Rose Kennedy Greenway is a park that has it all. You’ll find green grass, tables & chairs, and sprinklers where the kids can cool off. The park also plays host to fun events like art installations and craft fairs during the spring and summertime. 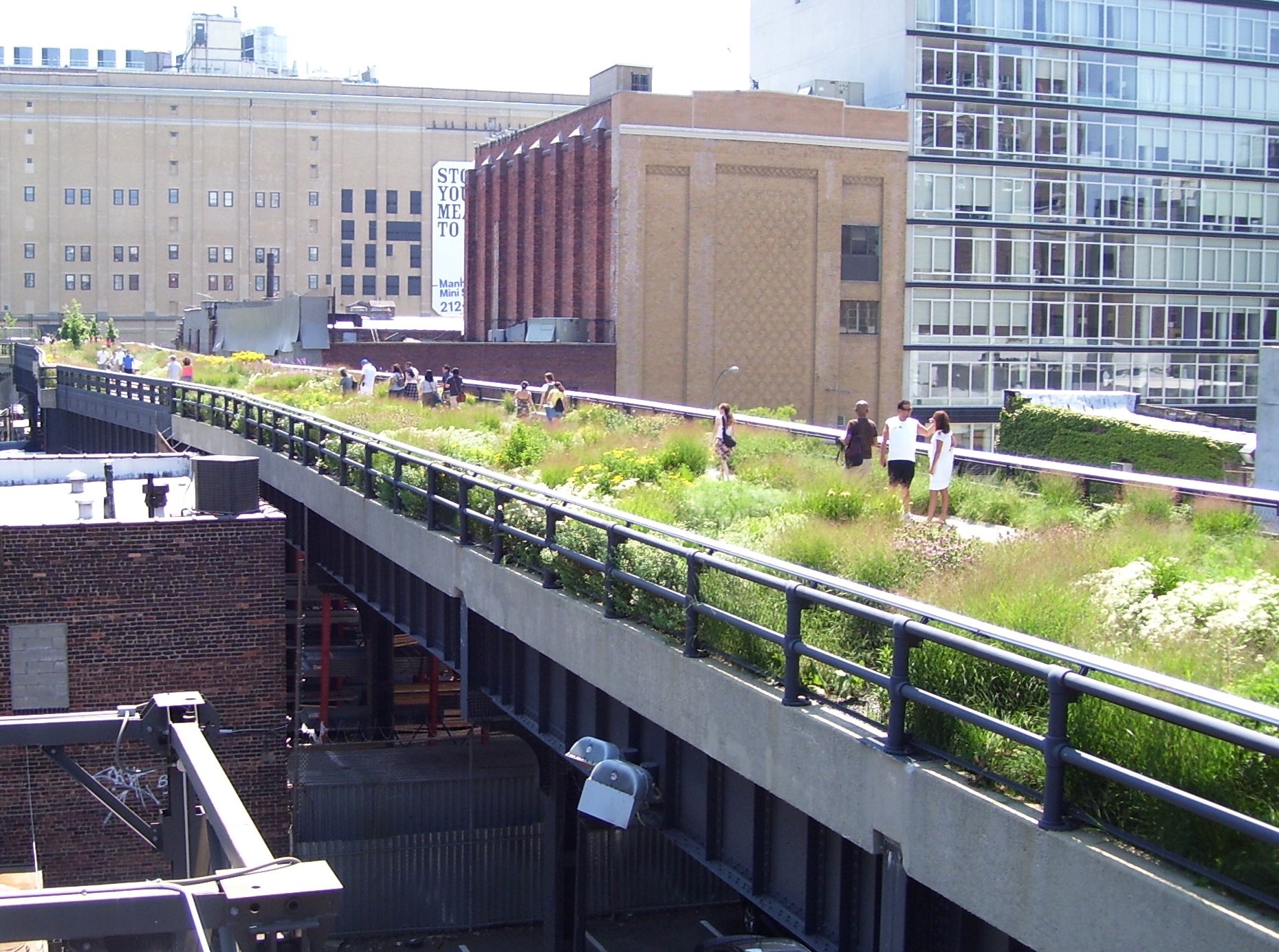 “High Line 20th Street looking downtown” by Beyond My Ken – Own work. Licensed under GFDL via Commons.

On a sunny day, you’ll feel miles away from the hustle and bustle of Manhattan at this rooftop oasis in the Meatpacking District. While there are free guided walks and programs offered throughout the year, you can stroll unaccompanied and admire the beautiful flowers and equally beautiful views of the city that never sleeps. 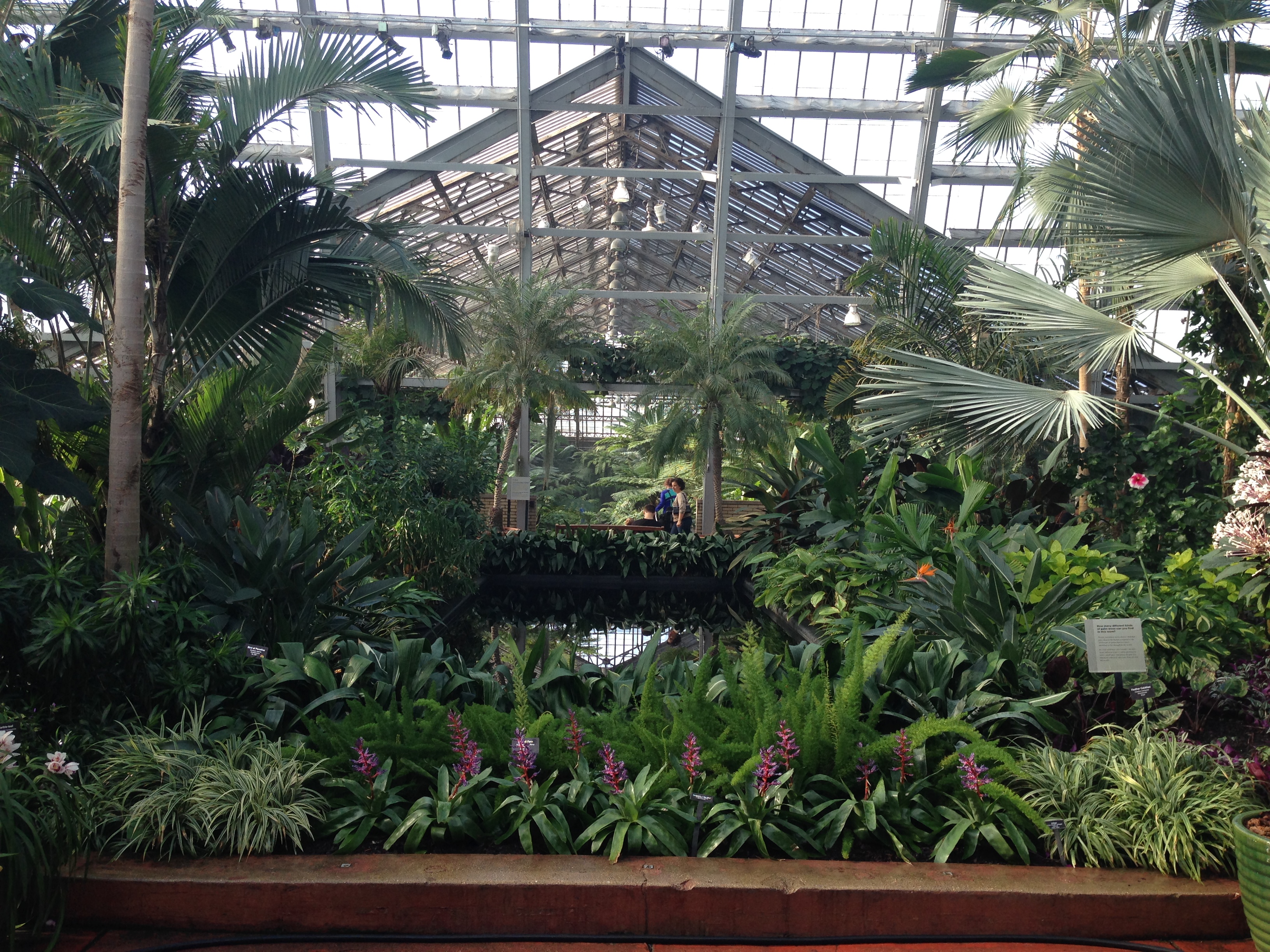 “Inside Garfield Park Conservatory” by victorgrigas – Own work. Licensed under CC BY-SA 3.0 via Wikimedia Commons.

The Windy City’s Garfield Park Conservatory is where science and serenity meet. Here, you’ll find six greenhouses and five outdoor gardens to explore. In the mood for a picnic? Pick up your lunch from neighboring restaurant Inspiration Kitchens, which serves up brunch, lunch, and dinner. The Night Out in the Parks series brings movies, festivals, concerts, and theatrical performances, and the Conservatory holds several programs as well, like scavenger hunts and enrichment programs about unique topics like beekeeping. 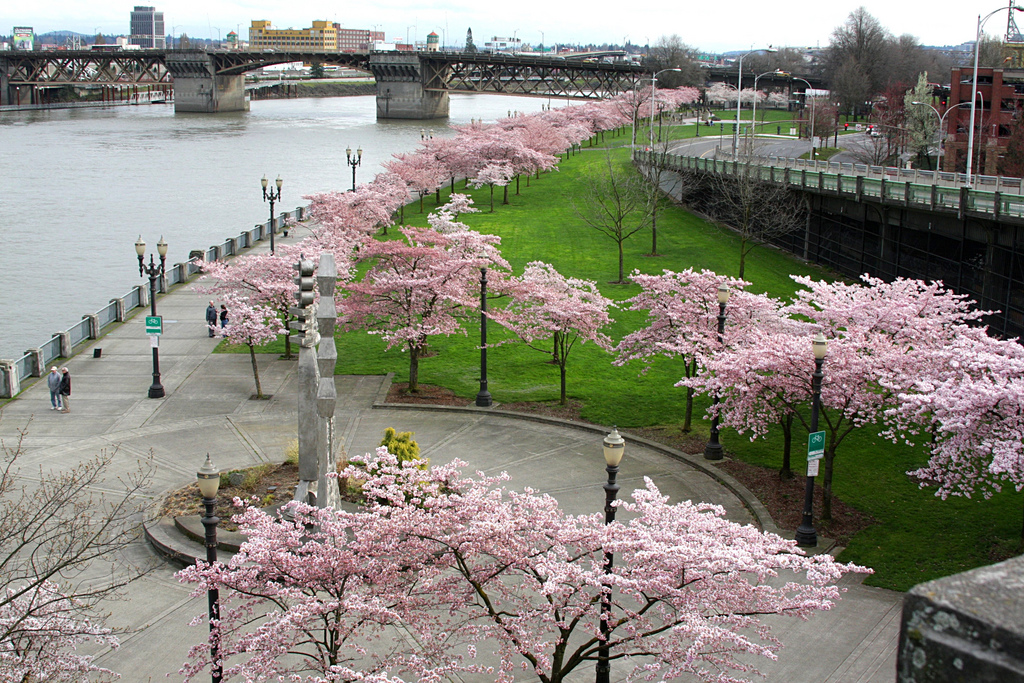 It’s no surprise that an eco-friendly city like Portland has a variety of parks to choose from, and Tom McCall Waterfront Park is the prime choice for beautiful views of the Willamette River, a great farmers market, and plenty of people-watching. Whether you want to relax in one of the open spaces or stroll past fountains and sculptures, this park — often known simply as Waterfront Park to locals — is made for outdoor enjoyment.